One of the durable legacies of the Bush administration, aside from two miserable wars and the wreckage of a world-historical credit bubble, is the No Child Left Behind (NCLB) law, passed within months of George W's taking office. NCLB mandated the restructuring of American public education along the lines of what partisans like to call choice and accountability. That is, parents are supposed to be offered alternatives to traditional public schools (TPS)—and students and their teachers and schools are supposed to be subject to constant testing to evaluate their academic performance. Under NCLB, federal school aid to states was made contingent on improvement in average test scores.

There are many reasons to criticize the law, starting with the testing fetish. Since so much money now hangs on success, states have rampantly cheated in creating their tests; in many states, students have shown remarkable progress that isn't confirmed by the federal National Assessment of Educational Progress. And it's not clear how well a focus on test performance correlates with actual educational outcomes. International comparisons show that despite being the most test-obsessed educational system in the world, U.S. students stack up rather poorly. The starkest contrast is with Finland, which routinely scores at the top of the global league tables, but whose students face only two or three tests during their entire school careers. And, curiously, in Finland, teaching is a revered and well-paid profession; in the U.S., the chartering and testing crowd—let's call them “reformers”—treats them as overpaid slackers badly in need of a heavy diet of carrots and sticks.

Instead of rejecting this debased Bush legacy, the Obama administration has intensified its commitment. Using money from the stimulus package, the administration has set up a Race to the Top (RTTT), in which states compete for federal grants based on their adherence to the choice and accountability agenda. And it looks like dangling billions in front of fiscally desperate states has succeeded in transforming the educational landscape in little more than a year—more than Bush & Co. were able to do in seven. Devotion to testing and charters is more passionate than ever.

Charter schools aren't the “reformers” only institutional passion; they love vouchers too, which would allow parents to spend money that would have gone to paying their kids' fare at public schools on private schools. But for simplicity's sake, let's focus on charters.

Charter schools are public institutions that operate with considerable autonomy from traditional administrative structures. Though some are run by civil servants, many are run by foundations or private management companies, and get considerable private financial support along with public funding. Most are small, and many specialize in certain disciplines, like the arts. Some are startups, and some are converted traditional public schools (TPS). Some are crunchy–progressive, and some are almost military in their discipline. Many are nonunion—in New York City, just 17% of students are taught by unionized teachers, about 83 points short of the average for TPS. It's a diverse group, but what unites them all is their independence from boards of education.

Education “reform” has been driven by business and business-friendly interests. Usually this gang loves what they call “metrics.” In the case of their educational agenda, however, the metrics aren't really on their side, so they mostly ignore them. Let's drill down into some data that would annoy them, if they paid attention.

Aside from the direct effects of charter schools on students, promoters of charters also tout an alleged competitive effect on traditional public schools to do better. Alas, RAND found nothing of the sort.

The most extensive study of charters so far was done by Stanford's Center for Research on Education Outcomes (CREDO). It looked at over 2,400 charter schools in 15 states, which account for more than two-thirds of the students at charters nationwide, and compared them to TPS students, making every statistical attempt to correct for demographic differences between the two populations. It found charters doing somewhat worse on average than TPS: 17% provided superior results, 37% worse, and the remainder about the same. Performance in the early grades was slightly better at charters than at TPS, but at the high-school level, it was considerably worse.

There are, of course, studies that find charters outperform TPS. Many of them are done by advocates, notably the economist Caroline Hoxby. 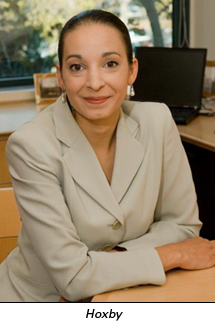 Her studies always find stellar results for charters—though in a celebrated case, another economist, Jesse Rothstein, fought for five years to get her to release the data behind one of her studies, and when she finally did, couldn't reproduce her stellar results. Hoxby heads a project sponsored by the National Bureau of Economic Research—curious they’d pick a strong advocate for such a role, but that's the dismal science for you—to evaluate New York City's experience with charters. Its latest report finds predictably stellar results, which the researchers attribute to a longer school year, more time devoted to language study, a “small” rewards/penalty structure for students, teacher pay “based somewhat on performance,” and a mission statement devoted to academic performance. If that's the secret of charter “success” then it hardly describes an educational revolution.

Alas, Hoxby had a maximum of three years of data on student progress to work with—and in most cases, just one or two. That didn't stop her from extrapolating the gains she found over a year or three to students' entire school career, and pronouncing the charters' performance as destined to close the proverbial Harlem–Scarsdale gap. But that's a heroic leap.

While there have been many studies that try to measure the effectiveness of charter schools, few have investigated proponents' foundational theoretical claims. Does competition lead to instructional innovation—and if so, is it of a productive kind? And can parents really make the kind of informed decisions that are supposed to make choice work?

Nearly two decades into the charter school era, little is known in a rigorous sense about what goes on inside them—they're just “black boxes.” Four researchers—Mark Berends of Notre Dame and three associated with Vanderbilt University's National Center on School Choice, Marc Stein, Ellen Goldring, and Xiu Cravens—looked inside the black box of math instruction, and tried to measure things like instructional innovation by asking teachers how much they experimented with pedagogical techniques. Overall, they found that charter students showed the same one-year gain in test scores as TPS students—and innovation itself had a negative impact on performance.

To charter school boosters, education should be restructured to resemble the free market of economic theory, in which sellers of school product compete for the custom of parents, who are assumed to be capable of making well-informed choices. Market discipline will promote innovation and flexibility that will put the sclerotic education bureaucrats to shame. There's little empirical support for this grand assumption. Vanderbilt's Stein, Goldring, and Cravens looked at kids who switched from traditional public schools to public charters in Indianapolis and found that while most parents professed a desire for an improved academic environment, less than a third of the “receiving” charter schools had better test scores than the “sending” public schools—the balance were either worse or too new to have a record. Of course, test scores are hardly the last word in quality, but you have to wonder just what the parents are basing their decisions on. The likely answer is that the decisions are based on what they hear from friends and neighbors, but who knows how good that information is?

Empirical work also counters proponents' claims about autonomy and flexibility. The charter movement itself is largely top-down. In New York, Mayor Michael Bloomberg blew up the old Board of Education and turned its functions over to a mayoral Department of Education. Nationally, NCLB and RTTT have accelerated the growth of charters. And bringing private management into the public schools also accelerates centralization and standardization: charters run by for-profit management organizations turn personnel and curriculum decisions formerly made at the school level over to top management. This recapitulates the history of capitalism—transforming autonomous artisanal work into rationalized, hierarchical wage labor.

Adding to that impression is the fact that teacher turnover rates are higher at charters than TPS. A study by David Stuit and Thomas Smith of Vanderbilt shows that teachers at charter schools were almost twice as likely to quit their jobs as teachers at TPS—and twice as likely to leave teaching entirely. They find that this is not a reflection of clever managers, freed from onerous restrictions, weeding out the underperformers. Instead, they find that “most of the turnover in charter schools is voluntary and dysfunctional.” Part of the reason for the turnover is that charter teachers are younger and less likely to have a degree in education than teachers in TPS. But surveys have also found that teachers in charters are burdened by overwork (60-hour workweeks are not uncommon), insufficient instructional resources, and low salaries. Since it's clear that teachers improve with experience, having a staff of recent grads with an eye on the exit isn't consistent with long-term excellence.

As was mentioned earlier, the crucial political support for charters comes from the business world, especially Wall Street types; business-originated agents like New York City mayor Michael Bloomberg; and business-friendly private foundations like Bill Gates's. Though they like to talk about school accountability, these promoters aren't accountable to anyone; their power comes from money.

At this point, there's really no bulletproof way of saying that charters are significantly better or worse than TPS. Some are better, some are worse, and most are probably more or less the same. But given the attention paid to charters and the resources devoted to them, this should be a very disappointing conclusion, and should encourage a renewed focus on making the existing public school system work better. But that's not happening.

It's curious that the biggest promoters of the charter agenda—economists, businesspeople, and business-y philanthropies—are people who are supposedly driven by measurable returns on investment. But the ROI isn't there, nor is there any reason to believe that it ever will. (You can bet that few of the high-profile advocates are sending their own kids to NCLB/RTTT schools.) So maybe the passion for chartering comes from somewhere other than improving educational outcomes.

The key might be found in one of the RAND studies quoted above: charters “have achieved comparable test score results with fewer public resources.” Put this together with the higher turnover rates at charters and it's enough to make you think the movement really about busting teachers' unions and cutting salaries. That may be the most persuasive metric of all. But it's not going to turn us into Finland.

Most of this article has been about rejecting the claims of charter advocates on their own terms: measurable outcomes, which means test scores. That's an important political task. But we shouldn't say farewell to this topic without pointing out how damaging the test obsession is to intellectual development. Testing turns reading instruction into mere technique. As former charter advocate turned critic Diane Ravitch notes in her fine new book, kids don't learn to read books—they learn to decode texts. And the NCLB/RTTT agenda largely throws arts, history, music, science, and social studies overboard. This should frighten anyone who cares about the importance of ideas, beauty, and grace to a good society.

Education “reform” threatens to make this a more brutish and thoughtless society than it already is. And as of now, there's no force of any political significance opposed to the agenda.